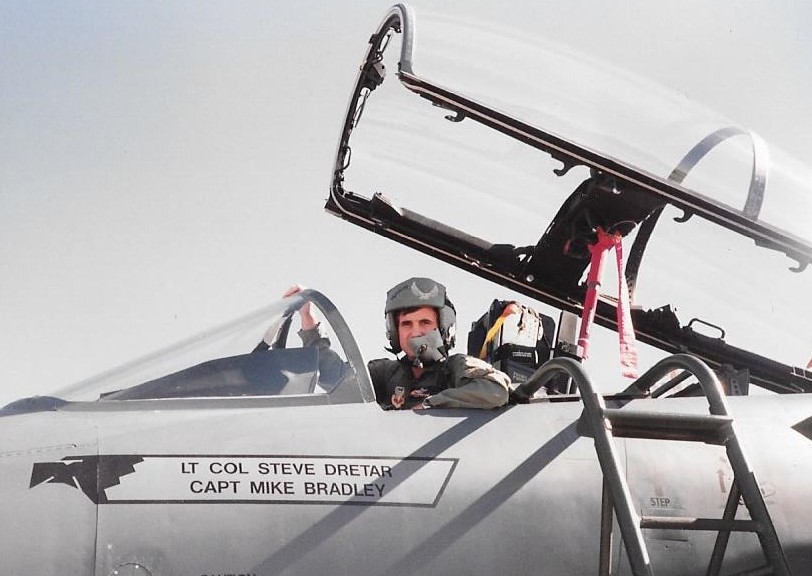 Member of the Quarter: Steve Dretar

Lt Col Dretar retired from the USAF in 1995 having flown over 2,500 hours in various fighter and training aircraft to include: the T-37, T-38, AT-38B, F-4C/E (Phantom II) and all models of the F-15 Eagle. Lt. Col Dretar participated in numerous deployments worldwide including: Japan, Malaysia, Thailand, Indonesia, South Korea, Philippines, Jordan, and afloat with command elements of the USN 3rd and 7th Fleets.

During his 22 year career, he flew air defense in Alaska and the Republic of Korea during the height of the Cold War period. He also held positions at the squadron, wing, numbered air force and Joint Command level. Achievements include being part of the initial cadre of instructors for the F-15E and winning the T-38B Instructor of the Year along with Top Gun during a T-38B gunnery competition.

Steve is married to Nancy Tate of Marysvale, Utah. They have four children, Natalie, Stacey, Brian, and Craig. They also have 12 grandchildren, and two great grandchildren.